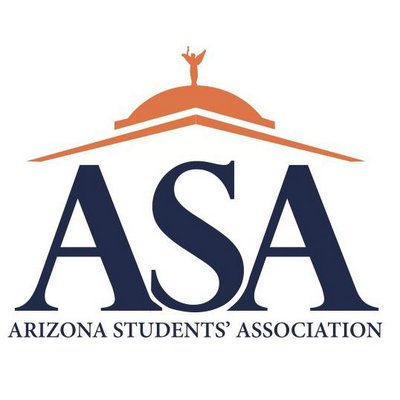 The Arizona Students’ Association was created by students, for students. Since 1974, the Arizona Students’ Association has represented the students of three public universities in Arizona. As a student led, non-partisan non-profit, ASA is dedicated to keeping higher education affordable and accessible. Increasingly, Arizona students are attending community colleges as a supplement, or even as an alternative, to public universities; leading ASA to expand to represent community college students in the year of 2014. Since it’s inception, ASA has registered thousands of students to vote, developed hundreds of students to be leaders on and of campus and worked to ensure students always have a voice surrounding issues that personally affect them.

How They Support Campuses

The Partner Directory is populated by information partners submitted via the 2021 Partner Audit. The next Partner Audit will be conducted in Spring 2022. If you would like to edit your organization’s page, please fill out our Website Edits Form.

Nonpartisanship guides the actions of the Students Learn Students Vote Coalition. It guides how we interact with colleges, universities, faculty, administrators, students, community organizations, and local leaders. It allows us to focus on building the strongest relationships possible with community organizations and higher education institutions working to improve voter access and create opportunities for students to participate in the democratic process. Most importantly, we are nonpartisan because we believe elections should be inclusive and we envision a democracy that is truly of all people, by all people, and for all people. The SLSV Coalition does not support or oppose any political party or candidate. We encourage and urge individuals and organizations we work with to become politically active, because we do not believe that political equals partisan. The views expressed by our members are their own and do not constitute the views or position of the SLSV Coalition.